Hybrid picking is all the rage these days and why not?! It's great for developing patterns and rhythms that you might not play otherwise.
Here's an example of it I used whilst composing the riff for the Dirty Fakirs tune, Highs and Lows. It was played with a stereo tempo delay which fills out the sound and gives it extra rhythmic energy but it works just as well without.

The Sound Here's a screenshot of the cubase arrange page showing the two plugins I used for this guitar sound. The guitar was recorded via DI and then I used Cubase's own Chorus plugin going into the wonderful Nasty DLA by Boosty. If you're not familiar with his work you're missing out big time.
The tempo is 116bpm and you can see from the screen shot that I used quaver notes on one side and dotted crochets on the other. Any half decent processor should be able to replicate this sound for you. 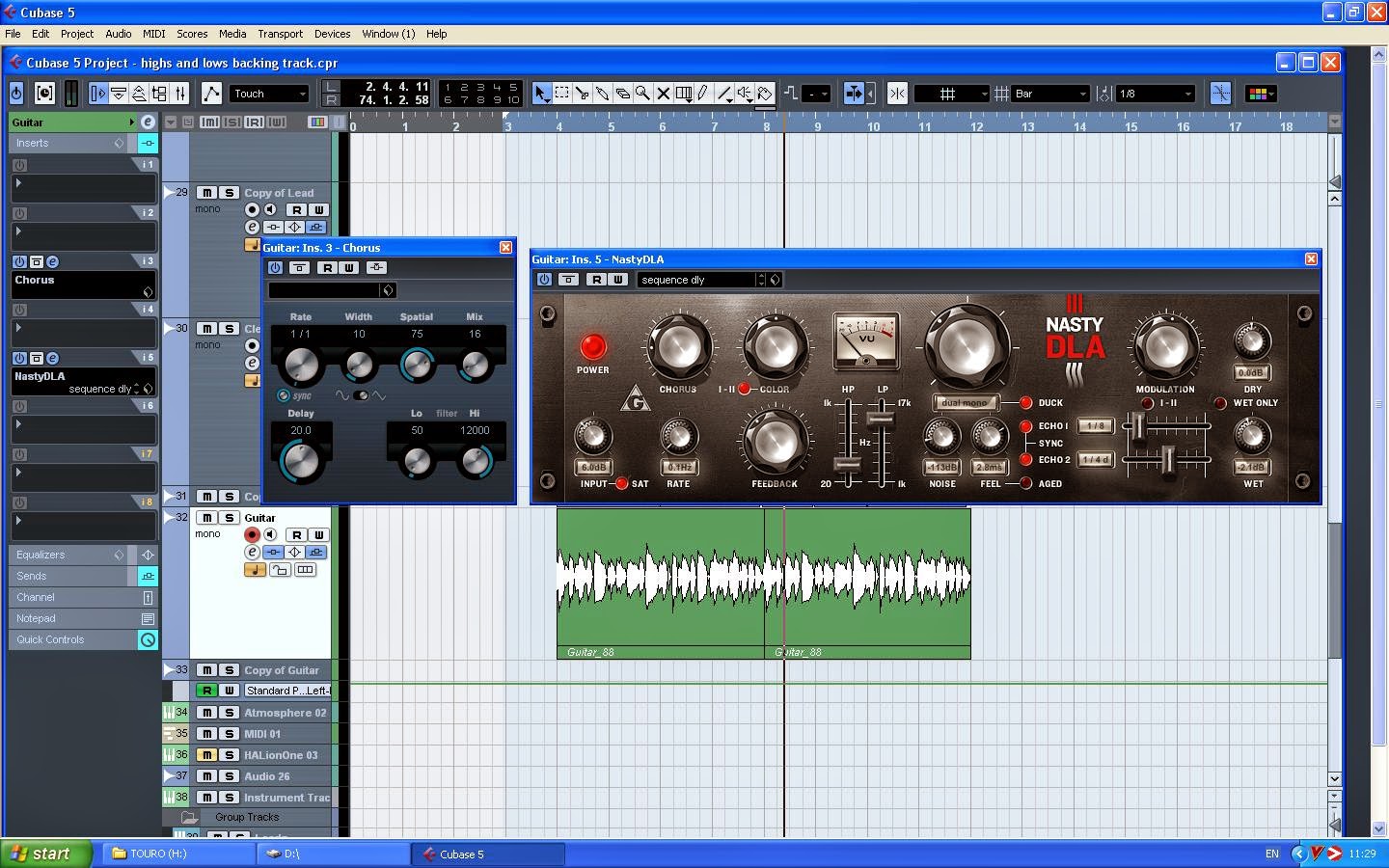 The Technique
I've annotated the picking/fingering that I used but don't feel compelled to follow them if something else works better for you. It's just that my ring finger falls nicely over the higher notes. Your index finger might work better if your hands are bigger!
The riff works nicely because of the contrary motion and parallel 6ths. Note also that this is played and tabbed in P4 tuning although it's playable in standard. It'll just be slightly stretchy!

You can hear the full track and a minus guitar version at the bottom of the page. Once you've got the riff up to speed try it with the delay and then play along with the backing track version.


Let me know how you get on and if you're feeling brave maybe I'll transcribe the solo! 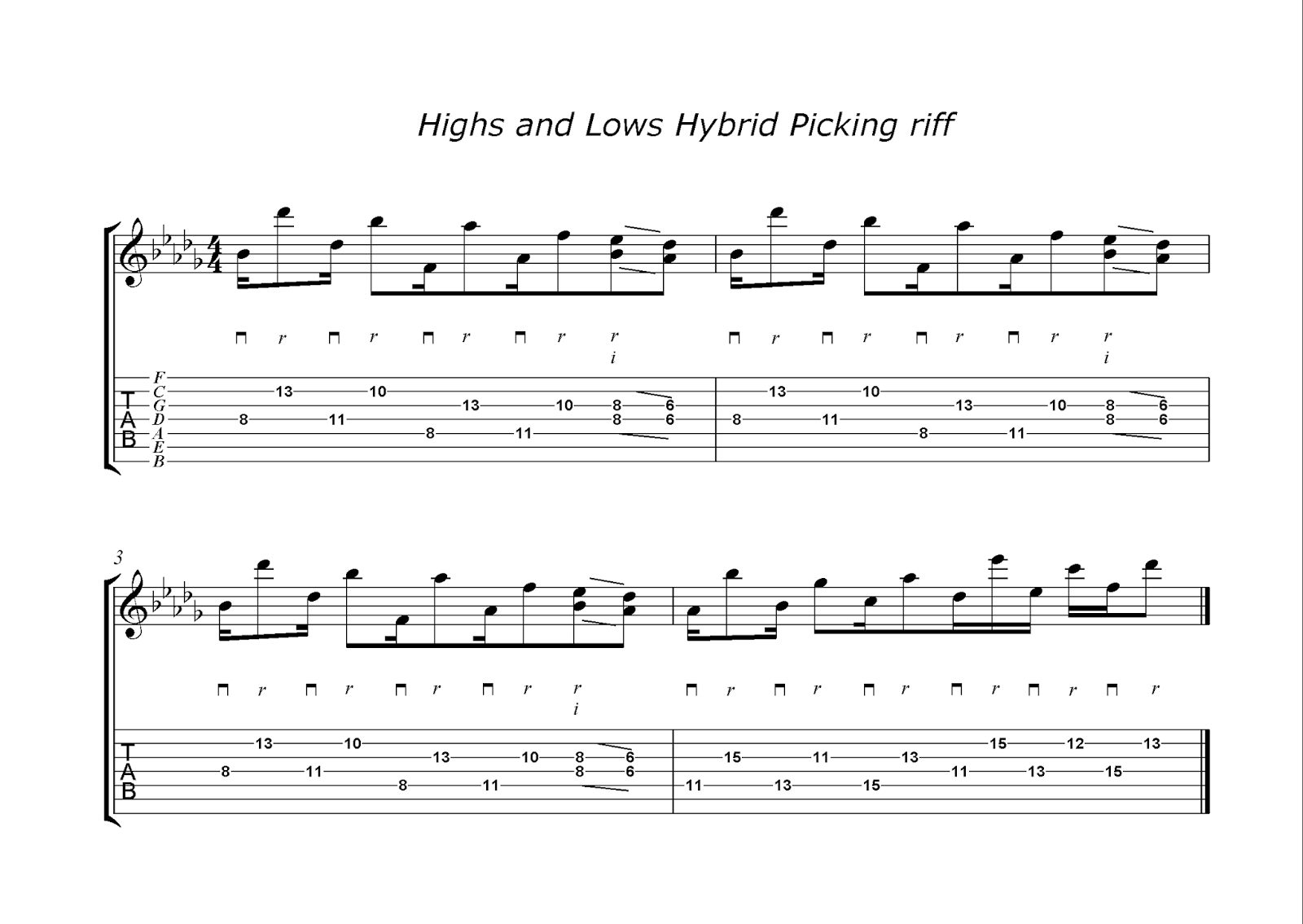 Here's a video showing the riff in close up at various speeds.